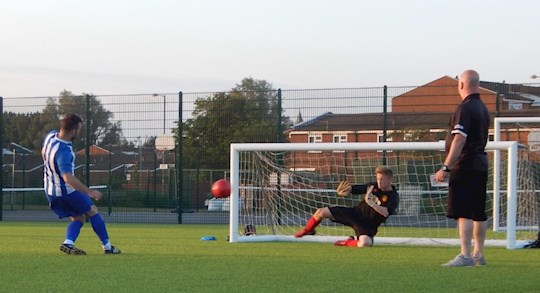 At the third time of asking ITC win the Reachout Cup! We took 2 teams this time around - ‘Chiltsez Big Toe’ and ‘Boiled Egg and Soldiers’ with both teams breezing into the semi-finals.

Boiled Egg and Soldiers failed to reach the final but secured 3rd place with a 3-0 victory in the 3rd/4th spot play-off.

Chiltsez Big Toe cruised into the final with a 4-1 semi-final victory and in the final itself, stormed into a 2-0 lead. But…it was never going to be that simple and with the score levelled at 2-2, and for the 2nd year running, we faced team DTA in the dreaded penalty shoot-out.

This year was all about redemption, having conceded a last minute penalty in last year’s final, Greg Randles dominated the top goal scorer award with 12 goals, including 2 in the final. The other villain from last year’s party, ‘keeper’ Stuart Preece (whose last minute absence cost us dearly in 2017) saved 2 from 4 pens and victory was sealed! Tom Hopewell (from the Boiled Egg and Soldiers team) was particularly congratulatory of his ITC team mates.