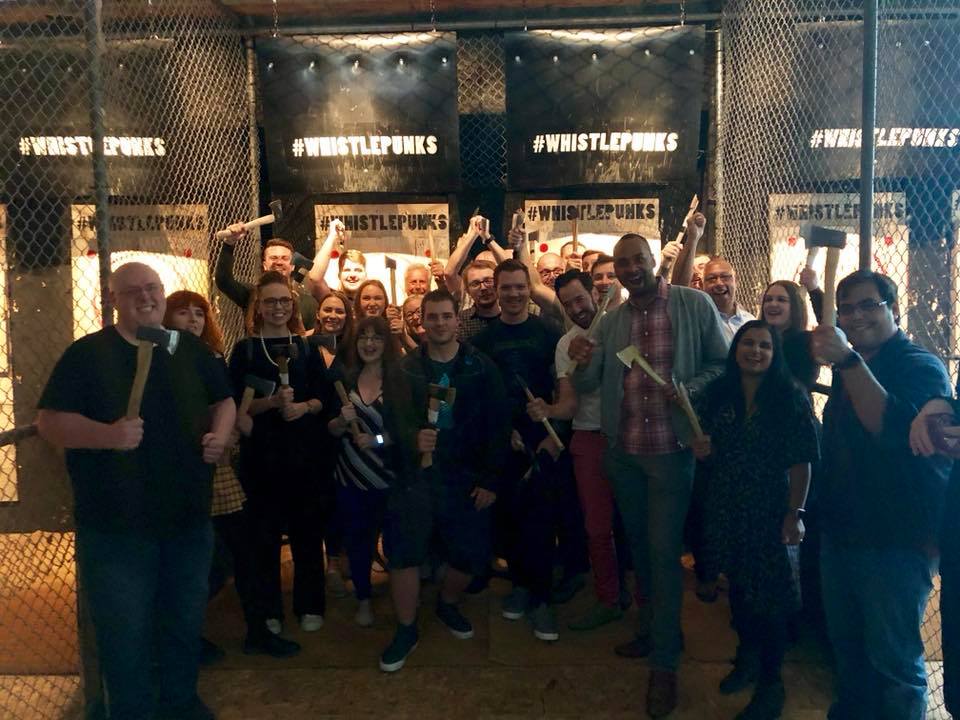 If having a half day at work wasn’t enough to get everyone in high spirits, what was to follow surely did. They say you learn something new everyday and that was certainly the case for 99.9% of employees as we kicked off proceedings at Whistle Punks Urban Axe Throwing.

Within two hours we were transformed from axe throwing novices to seasoned pros. Heck some of us would have made worthy Viking invaders back in AD 793 with some of the shots we were pulling off! It was a good job we were supervised at all times as things got a little heated during the tournament stage... But in the end Elroy proved to be the ITC champion with Ryan coming in as a worthy runner up, hitting 3 bullseyes in a row at one stage!

After our mid-afternoon skirmish, we proceeded to Rain Bar in Deansgate to feast and drink throughout the night. From Ruddy’s flamboyant shirt to the Tech Team’s rather surprising excitement to the Greatest Showman song, it was a peculiar but joyful affair.

For those who made it from 4pm – 12pm, the night had only just begun as many descended on the 02 Ritz to enjoy a night of Power Ballads! It’s fair to say there were some sore heads on Saturday and we’ve all had a giggle at the embarrassing stories that were revealed in the office.

All in all, it was a fantastic day and we’d like to thank the owners and Nicola for organising the event. It was a great treat for the hard work everyone has put in over the past months.